Your location：Home >Works >Yuan Dao Tracing Dao to Its Source 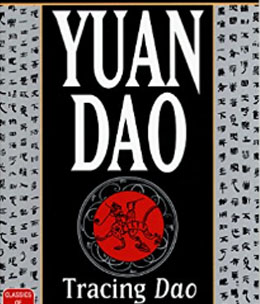 Philosophical and compelling, Yuan Dao is a stunning accomplishment of Daoist literature-- now available for the first time in English Written around 140 b.c

Is it a backhanded compliment to recommend a book more for its introduction than for the main text itself? Not if the introduction turns out to be twice the length of the text, as it is in Lau and Ames's collaboration Yuan Dao. The first chapter of the early Chinese Taoist text Huainanzi, Yuan Dao is similar to the Tao Te Ching in its elaboration of the natural Tao and the actions (or inaction) of the sage. It is worth reading for its limpid lyricism alone. With Ames's prefatory remarks, not only the text, but the whole of early Chinese thought comes more into focus. The reason we see ancient Chinese works as wisdom literature is that the Chinese were more interested in the how of the world than the what of it, and so Ames takes Yuan Dao as a jumping-off point for examining a world-view that contrasts sharply with ours but is still surprisingly modern. The original author (or sponsor) of Yuan Dao lost his life partly because it is a work that proposed pluralism and noncoercion in a time of forced consolidation. In our time, this message rings still rings true. --Brian Bruya

Philosophical and compelling, Yuan Dao is a stunning accomplishment of Daoist literature-- now available for the first time in English Written around 140 b.c., and presented to a young Chinese Emperor by a beloved uncle--a philosopher, scholar, and patron of the arts--Yuan Dao distills and explains in one remarkable work the first several hundred years of Daoist thought. Drawing from and expanding upon the popular Tao-Te Ching and Chuang-tzu texts, this singular work was written to show the inclusionary aspects of Daoism, that one should appreciate the contribution all things make to the well-being of the whole; Yuan Dao was also created as advice to a ruler, on the beauty of uniting a disparate people under one government without destroying their individuality.
Presented here by two of the world's foremost translators of Chinese classics, this unique edition is the only English-language translation in print and features the Chinese text on facing pages. Insightful and fascinating, here is a glimpse into the early Han Dynasty, and into a way of thinking that has been, and continues to be, characteristically Chinese.